Since I started blogging I’ve been thinking of different concepts & standing out unique in this blogging world. Well let me tell you all, blogging isn’t that easy
It requires utmost determination & research. According to me, you should also be aware of the latest trends every year, week & month. Only two lines about blogging would
be injustice so you won’t ever understand the depth of any field until you start experiencing it yourself 🙋🙌

I belong to Pune, a city which I’ve always loved to be associated with. It’s been a year I’m married & now belong to the beautiful coasts in Konkan, Sindhudurg 🏝️🏙️🏖️🌤️🌧️
Being close to all serene beaches in Konkan, Pune will always be on my top favorite lists of city. Few things which separate these places are beaches, serene environment, less pollution & the famous non-stop rains. Till the time I’m in Pune for a vacation, wanted to explore things around me. So why not food blog? 😉 Being a foodie, I was always curious to know things included in a particular dish & I kept the guess game on with mom in some healthy debates & talks. This happened each time we went out for a lunch or a family dinner 👨‍👩‍👧‍👧

Recently went to a Fast food place located in Salunkhe Vihar area named “Food United”. Their Tagline – Kill Hunger with Great Taste. They have 2 more
locations in Pune at NIBM & Seasons Mall, Magarpatta. It is located in Haryana & Mumbai too. It is basically a chain-based business with 7 active locations.

After a bit of research found something interesting about this brand on their main website.

The Story Behind Food United

Food United, as the name suggests, brings cuisines and dishes from world-over under one roof. The name has two parts – Food and United.

The food is represented using fundamental food elements like the fork, spoon and knife.

To showcase united we went a step ahead and created a flag with these very culinary elements.

Moreover, like all countries have their own insignia, it was apt to characterize this global place by one of it’s own.

This gave birth to the idea of a postage stamp, an official representation of Food United.

one that Food United promises to serve. Also, a stamp when used on mails bridges the gap between places in the world.

By bringing various global cuisines under one roof, Food United aims to do the same.

Hence it was a very apt choice to communicate the message of unity of food.

When these parts of Food United are bought together, we arrive at our final, one-of-it’s-kind logo that celebrates food and unity under one place.

The design approach were not only applied to the idea and form but also extended to the application of colors as well, namely red and blue.

Red is known to stimulate the appetite and hence an appropriate choice for an eatery.

Blue is invigorating and energetic, and attracts the attention of a large section of our target audience.

When combined, it gives us an international, bold and modern look, one that is perfect keeping the values and target audience of Food United in mind.

Ambience – Beautiful & spacious with amazing concept of greenery 🌳🌲. The pots kept at the entrance soothe the stress level. When you enter the food joint, the order counter is again a nice with lovely ceiling which goes well with their theme of blue & red. This was a special visit as it was with one of my BFF. We always keep exploring places in our area & this one was a special one too. We first spoke for a while, admired the ambience & ordered food.

As per the place & the crowd, we both had a gut feeling that they might have great burgers, although we thought of ordering something different. It was a Thursday, electricity issues in Pune so we decided to sit outside & enjoy the food. Now we started talking to each other, it was like 20mins we did not receive our order yet. Meanwhile, there was a guy who was watering plants around us. Now what he actually did annoyed us. While watering the plants, he took the water pipe close-by our legs & making the floor wet which ultimately splashed water on our feet. My friend told the guy about this situation, but he remained numb. (He was the one who took care of the plants, we did not expect a sorry from him though, either did we expect sitting with wet feet)

Now comes the real story, it was almost 45mins we had not received a single order. There was a staff person who was outside playing with the water pipe & with the person watering plants. We asked me about our order, he gave a reply instantly “Aa Jayega Ma’am without going inside & confirming” (Translation – You will receive it ma’am). We were again waiting & in like few minutes received the order. So we received the order in 45mins, which was too much we personally felt 😬😑

Now something about me, I was undergoing a dental treatment, hence this was the first time having outside junk so my expectations were pretty high about this one. The Pizza came in & we both had our first bites. To our surprise, it was a crispy base. After chewing it for another second, I found something fishy, now that was a biscuit like taste. After I tossed, to check the pizza it had a biscuit-like base (somewhat like a nutricracker, maybe they wanted to make it more healthy I feel, no idea nor did I enquired with the staff). I personally did not like the feeling of having a pizza anymore 😴. In simple words, if I had to explain it tasted like a Monaco with some Sauce , Paneer & Grated Cheese.
Let’s come to our drinks . Classic Iced Tea – I did not see my friend happy with it , as she usually praises stuff (she’s a foodie like me :p). My cold coffee did not taste great too, felt there were many ice cubes mixed with it & less coffee. The order we received had no tissues, while calling the same guy for it we noticed tissues were given to others. Now this is something quite common thing to be given while an order is been placed. 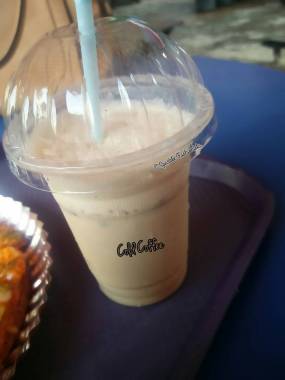 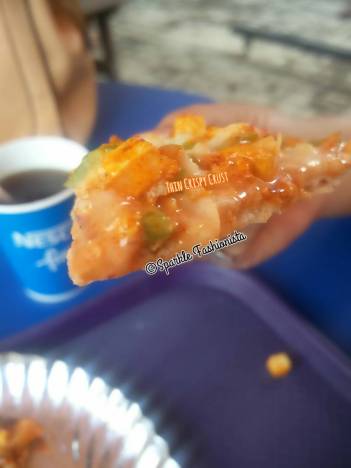 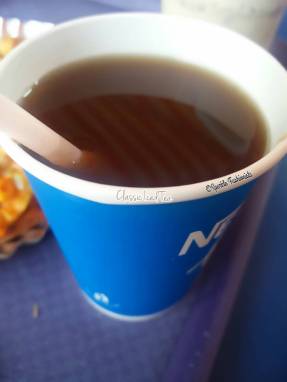 This sums up my review about this food joint, however I feel they have great options in burger as per the crowd demand. I would never try their other stuff after this experience. Although the counter staff was decent & polite at the branch. This was not a collaboration with this branch, so it was my personal experience. I’m quite sure the other branches would have great service.

P.S. The photos clicked above have no special effects. I have tried keeping it all simple 💞

Have you guys tried any of these joints?? Comment in the below section, would be waiting for the responses. Have a Good Day !!

Hello,
I am Varsha (Yogeeta). Follow my exciting journey for the search of Organic Everything! Read some great skincare/food reviews with diy's, food recipes, travel & many more things :)

I'm lifestyle blogger from Pune settled on the coasts of Sindhudurg, near Goa. This blog contains only honest reviews, do message or email me for skincare/haircare suggestions.

My Food Journey on Zomato!

Saffron Gel is a gentle moisturizer by @the.basic.

#gratitude is the fairest #blossom which springs f

Theme by Anders Noren — Up ↑